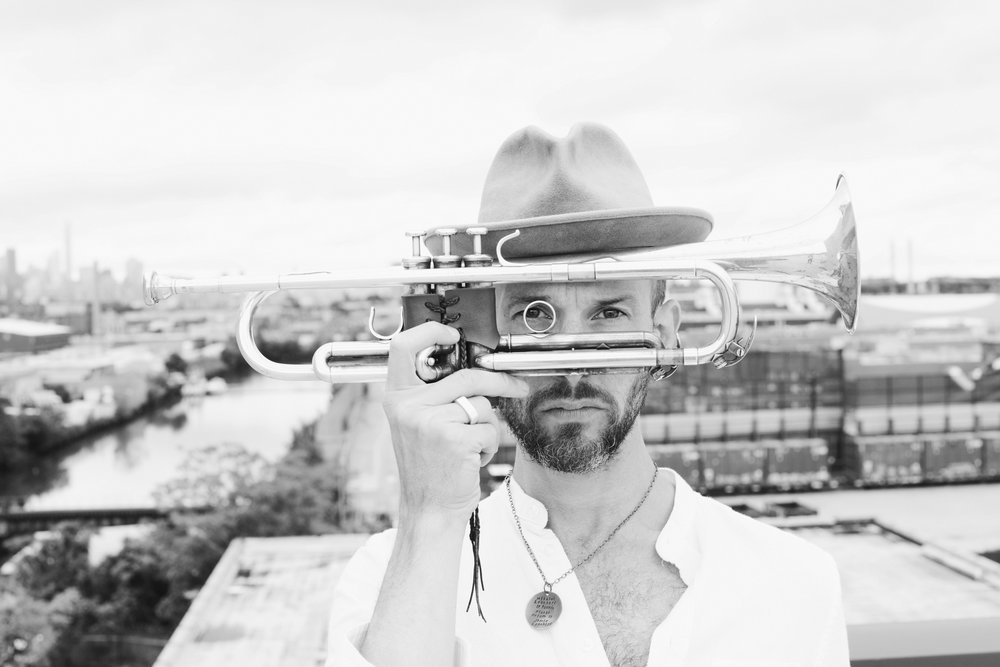 Jazz Artistry Now: You’ve expressed yourself as a leader in a wide variety of ways, from the collage aesthetic of Glub Glub, Vol. 11 to the duo with guitarist Jon Herington Slow, to Seahorse and the Storyteller, where you’re singing and essentially fronting a rock band, The Avramina 7. What led you to form your own jazz orchestra?

Michael Leonhart: When we did Nels Cline’s Lovers album, I was commissioned to orchestrate for 21 musicians, and I was given the keys to the castle. While I was working I thought, “God, I love doing this.” We started recording, and to hear that much air moving around in a live room, I realized this was the sound I’ve always loved. I have memories of going to hear Thad and Mel at the Vanguard, hearing the Philharmonic, even sitting in the middle of the orchestra in high school: there’s something about having all this sound in three dimensions, all these timbres and counterpoint moving around you. It’s intoxicating.

So the musicians on that project loved the arrangements and told me I should do more. And I thought, wouldn’t it just be fun as hell to put together my own orchestra and have a residency like Gil Evans used to have at Sweet Basil? We started doing a residency at Rockwood Music Hall in 2016 and I started mixing things up, composing and also doing arrangements, everything from “Miracle of the Fishes” by Milton Nascimento to “Big Bottom” by Spinal Tap. I just kept writing down different ideas for covers that I wanted to do.

JAN: Was it a conscious decision to have your trumpet play less of a foreground role in the orchestra?

ML: I began to realize that I really love conducting. It feels like being a DJ or playing theremin. There’s an intimacy to it. Part of the time you’re not facing the audience, and you’re almost parenting the members of the orchestra. There’s a strong connection with me being a father and parenting a young child, learning how to just slow down and give calm guidance. I’m not trying to do everything under the sun. For the most part I’m up front just harnessing everything and making sure that we stay on the path.

Of course there’s also a huge tradition of trumpeter-bandleaders. Dizzy Gillespie’s big band, which often gets overlooked, what an amazing big-band leader he was. Louis Prima, Harry James, Bunny Berigan, of course Louis Armstrong. I want to embrace that history, with the exception that I don’t turn around and sing, but in the future who knows? If I could sing on one or two numbers and have it be more than just a gimmick, I would do it.

JAN: One could make the case that we’re living through a new golden era of orchestral jazz: Maria Schneider, Darcy James Argue, John Hollenbeck, Guillermo Klein, so many others, almost a scene within the jazz scene, all these people doing really high-level work. Your orchestra is an outgrowth of that, but it doesn’t sound like anyone else. It’s the instrumentation you use, for one thing, but also the harmonic world that you’re creating. Can you talk about what you’re hearing when you generate harmony for this group, and particularly when you’re trying to represent the butterflies in “The Painted Lady Suite”?

ML: There’s a tendency in large-ensemble jazz to employ super-dense and complex harmony, but I don’t want to hear that all day long because it can tire on the ear. Guillermo Klein is someone who is very restrained in terms of the harmony that’s used. In other words, he’s completely free to abandon thirds, fifths and sevenths and go with something, maybe you could call it simple — it comes from Copland, Stravinsky, others, where the chord structure is almost minimalist, where you resist the temptation to fill things out with upper extensions in the chords and instruments doubling one another. There’s a restraint which to me has always been very appealing, and also it’s a device used in a lot of film scoring and concert music. Morricone, some of the more experimental European art films and scores of the ’70s, Francis Lai, Jean-Claude Vannier.

For me, there’s a connection to Gil Evans — how could there not be? Also Quincy Jones had a way of keeping room for the rhythm section and the groove with the late ’60s and ’70s big-band albums. Morricone was a master at that, leaving enough space that the groove will come through and you’re not fighting everything. Also from all my work with the Daptone and Truth & Soul labels, the foundation of the groove is essential to me. So the more you add on top of it, it can potentially bog it down. The suite, to my mind, goes between things that have a driving groove and things that are really kind of pastoral or cinematic with no groove, in which case the low-end instruments are used in different ways.

JAN: On the tracks “The Experimental Forest, North Dakota” and “The Arctic Circle,” there’s a certain harmonic language, a darkness and dissonance, but like you said it’s not ultra-dense. Can you say a bit about that family of sounds?

ML: It’s almost consciously trying to avoid the jazz language, in the way that Gil took a left turn with Sketches of Spain and other things. And Maria does this as well, thinking in terms of a mode, not in terms of traditional changes. That’s basically what happens in those two pieces you mention. It also veers off into the world of folk songs from different areas on the planet, Arabic music, African music, South American music. In the case of the Painted Lady butterfly I was aware of the different migration paths. And when you get to the Arctic Circle, I mean, shit — I don’t think there are too many jazz clubs up there. It’s free rein for the imagination.

JAN: You mentioned the low-end instruments on the album. Can you say a bit about how those kinds of colors entered your imagination?

ML: Yes, I have bass clarinet, bassoon, bass trombone, baritone sax, even bass melodica and bass harmonica, all these low-end instruments, and the way that they’re used is to sort of provide this muscle, an accent on certain things in the arrangements. Charles Mingus’ The Black Saint and the Sinner Lady, that first track, “Solo Dancer,” I think with contrabass trombone? [Played by Don Butterfield – Ed.] God, that thing freaked me out when I first heard it. And Mingus’ fearlessness in terms of using different instruments, high and low, to bring out and extend the range a little past traditional big band. I just thought it was brilliant and it always stayed in my mind. 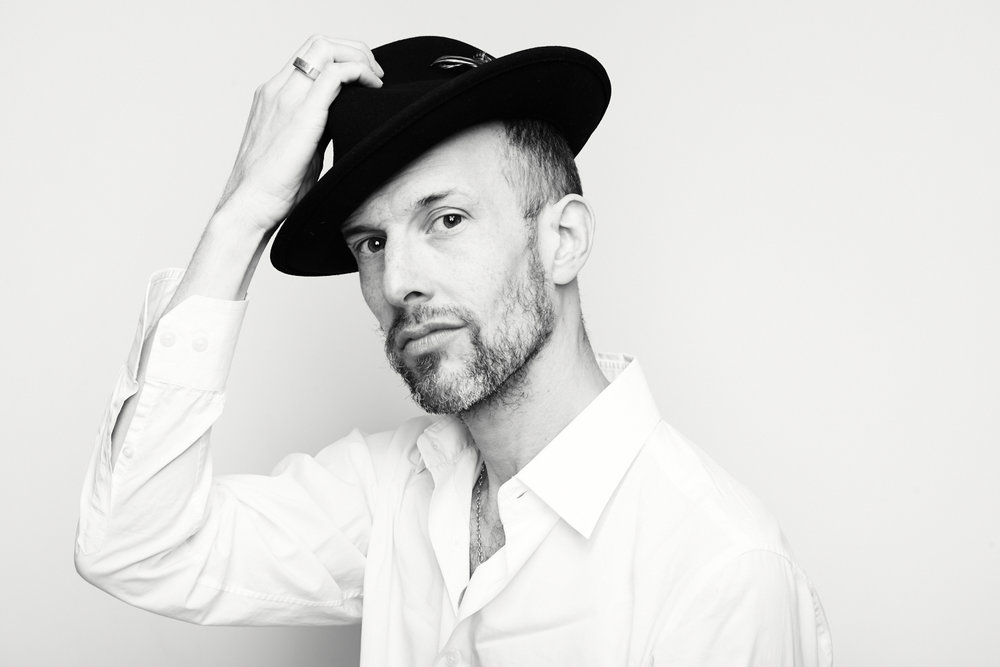