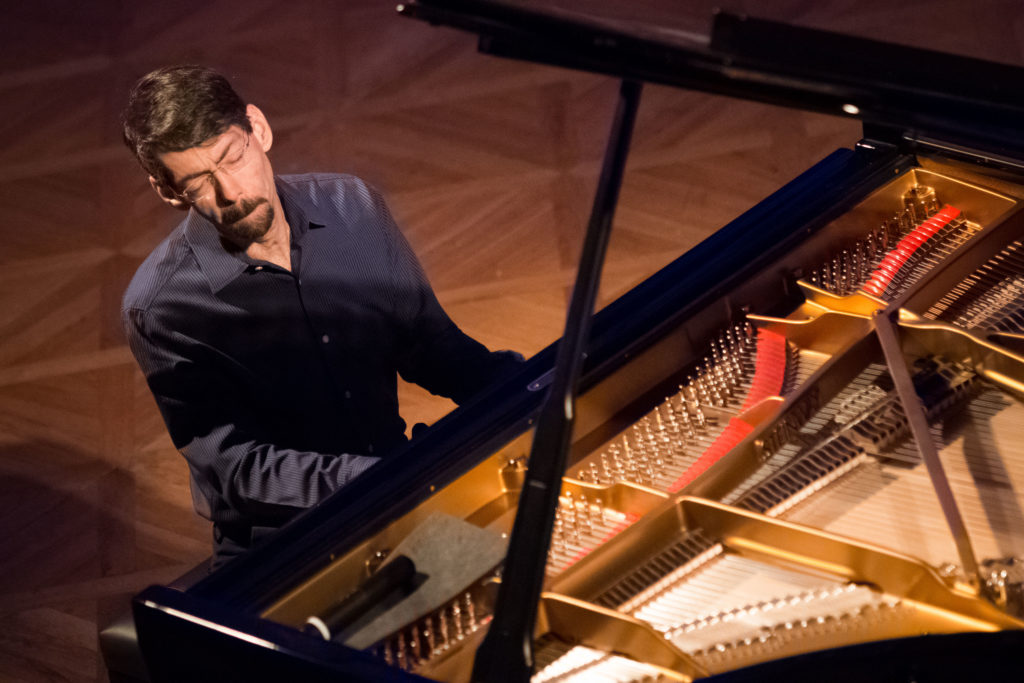 Jazz Artistry Now – Ever since he emerged on the major league jazz scene in the early 1980s, performing and recording with Art Farmer and Jane Ira Bloom, Fred Hersch has followed his own singular path.

A brilliant pianist who early in his career was compared to Bill Evans (partly due to his caressing of superior ballads), Mr. Hersch has had his own sound for over 35 years.

Since 1984 he has led or co-led over 40 albums including more than ten as a solo pianist. His style, which can range from bop to free, is really beyond any categorization beyond simply calling it high-quality modern jazz.

Open Book is being released as a companion piece to Mr. Hersch’s memoirs Good Things Happen Slowly; A Life In and Out Of Jazz. Completely recovered from a two-month medically-induced coma that he endured in 2007, Mr. Hersch is heard at the peak of his musical and creative powers during this set of unaccompanied solos.

The centerpiece of Open Book is “Through The Forest.” Unlike anything that Mr. Hersch had recorded previously, this themeless 20-minute improvisation came about when the pianist arrived in Seoul, South Korea for a pair of solo concerts. He overslept and was a bit groggy from jet lag.

To begin the first concert, Mr. Hersch simply sat down at the piano and played whatever his brain was able to spontaneously communicate to his fingers. While quite unpredictable and episodic,  Mr. Hersch’s meanderings are coherent, purposeful and ultimately logical as he thinks aloud at the piano.

“Through The Forest” is positioned right in the middle of the CD, which was mostly recorded in the studio the following year.

Open Book begins with “The Orb,” an original that starts out sounding almost random before the musical picture is fleshed out, developing into a quietly emotional ballad.

Benny Golson’s “Whisper Not” is very well disguised during a fairly free improvisation until the theme emerges near its conclusion.

In contrast, Mr. Hersch keeps the melody close by during a loving performance of Jobim’s “Zingaro.”

After “Through The Forest,” the pianist performs a thoughtful and restless version of his ballad “Plainsong.”

In contrast is a playful treatment of Thelonious Monk’s “Eronel.”

The memorable program concludes with a heartfelt rendition of Billy Joel’s “And So It Goes,” played with both sadness and affection as if one were looking at the dear departed past.

Fred Hersch has yet to make an unworthy recording. Open Book is easily recommended as an example of his artistry.

The Jazz Artistry Now review of Open Book was written by Scott Yanow.