Jazz Artistry Now – In his career, Dan Arcamone has performed with many artists who are based in New England. He is a guitarist whose music can be said to fall into the fusion area since his sound can be rockish while he takes adventurous jazz improvisations. But the word “fusion,” which conjures up John McLaughlin and Al DiMeola, is simplifying matters a bit since he does not sound like either one.

Mr. Arcamone, whose previous releases as a leader were Trioisms (2008), In Motion (2010) and In Colors (2012), is joined on Evolve by tenor-saxophonist Sean Nowell, bassist Henry Lugo and drummer Kenny Grohowski. The music that they create is both electronic and at times electrifying. Mr. Arcamone often utilizes the guitar synthesizer to create keyboard-like solos while Nowell sometimes outfits his tenor with electrical devices that can generate a similar sound. Bassist Lugo and drummer Grohowski are quite active and assertive throughout, whether in ensembles or when they are in the role of accompanying a soloist.

The quartet performs nine of the leader’s originals. The opener, “In View,” lets listeners know that they should expect the unexpected. After the bass and drums bring in the song, the ensemble introduces a multi-themed work. Mr. Arcamone’s guitar solos can be thought of post-bop playing with a rockish sound although his electronic tones are individual. Nowell offers some mellow but creative tenor over the loose rhythm section before Grohowski’s drum breaks takes the song out.

“Burst,” a 16-minute performance, again features fluent work on the guitar synth that becomes high-powered, a relatively laidback tenor, and a powerful drum solo. “Arrows” has a fusion-ish melody with drum breaks, is catchy, and has Nowell coming up with a passionate statement. “Arrows” has Nowell utilizing electronics in order to play chords on his tenor but the performance is actually highlighted by one of Mr. Arcamone’s most intense solos of the set.

“Two Sides” is a thoughtful piece that starts out with an eloquent Lugo bass improvisation. Nowell’s solo picks up some heat as it evolves, leading to another strong statement from Mr. Arcamone.

“Leviathan,” one of the most memorable compositions on the CD, and “Perigee” both find the quartet recalling Weather Report a bit in its emphasis on ensembles and group interplay. As Joe Zawinul once said of his group, “Everyone and no one is soloing.” The interplay between the musicians, particularly on “Leviathan,” is impressive. Evolve concludes with “Apogee” which develops from laidback to passionate, and the brief guitar feature “Out View.”

Listeners who enjoy creative electronic music will find much to savor on Evolve. 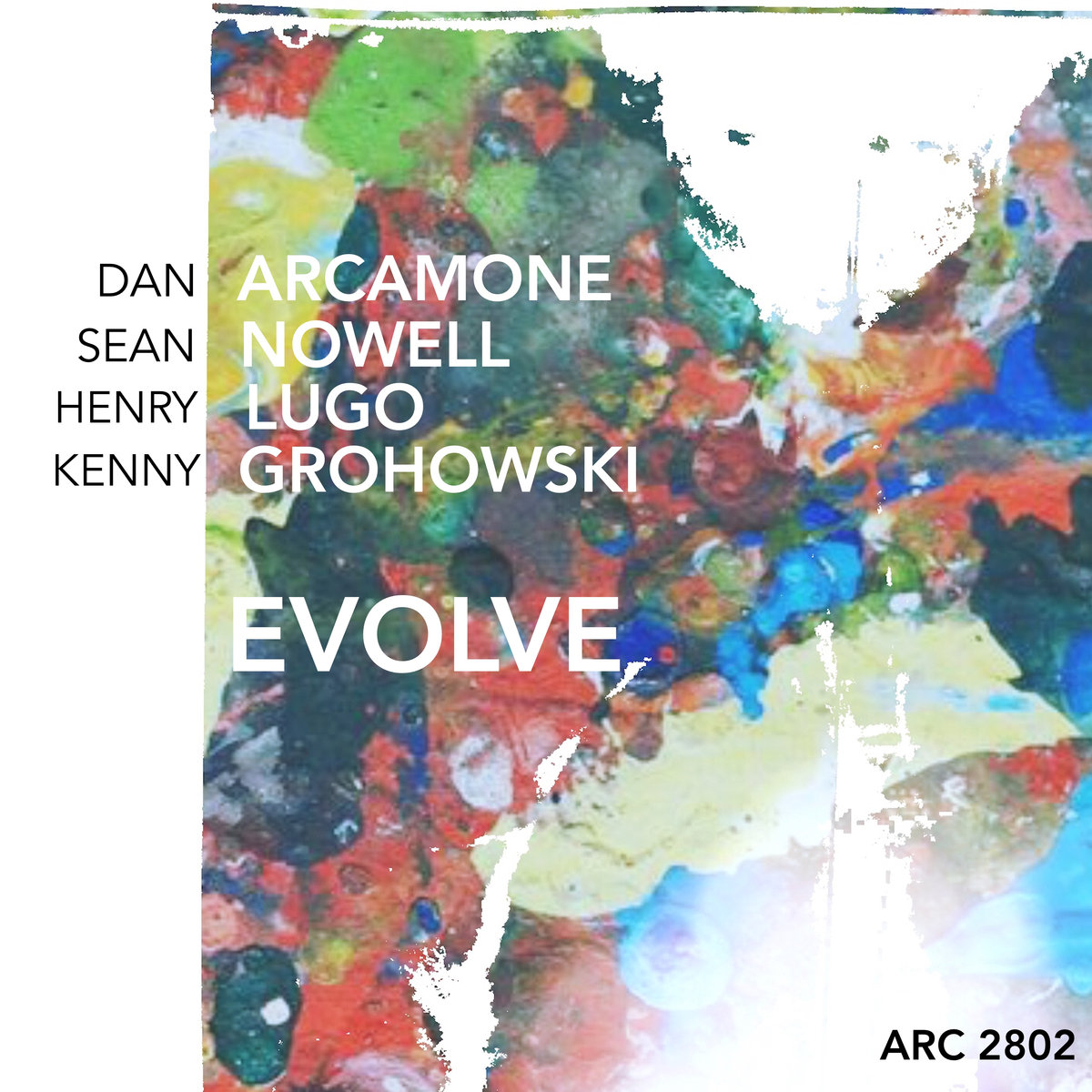 The Jazz Artistry Now review of Evolve written by Scott Yanow was published in December 2017.