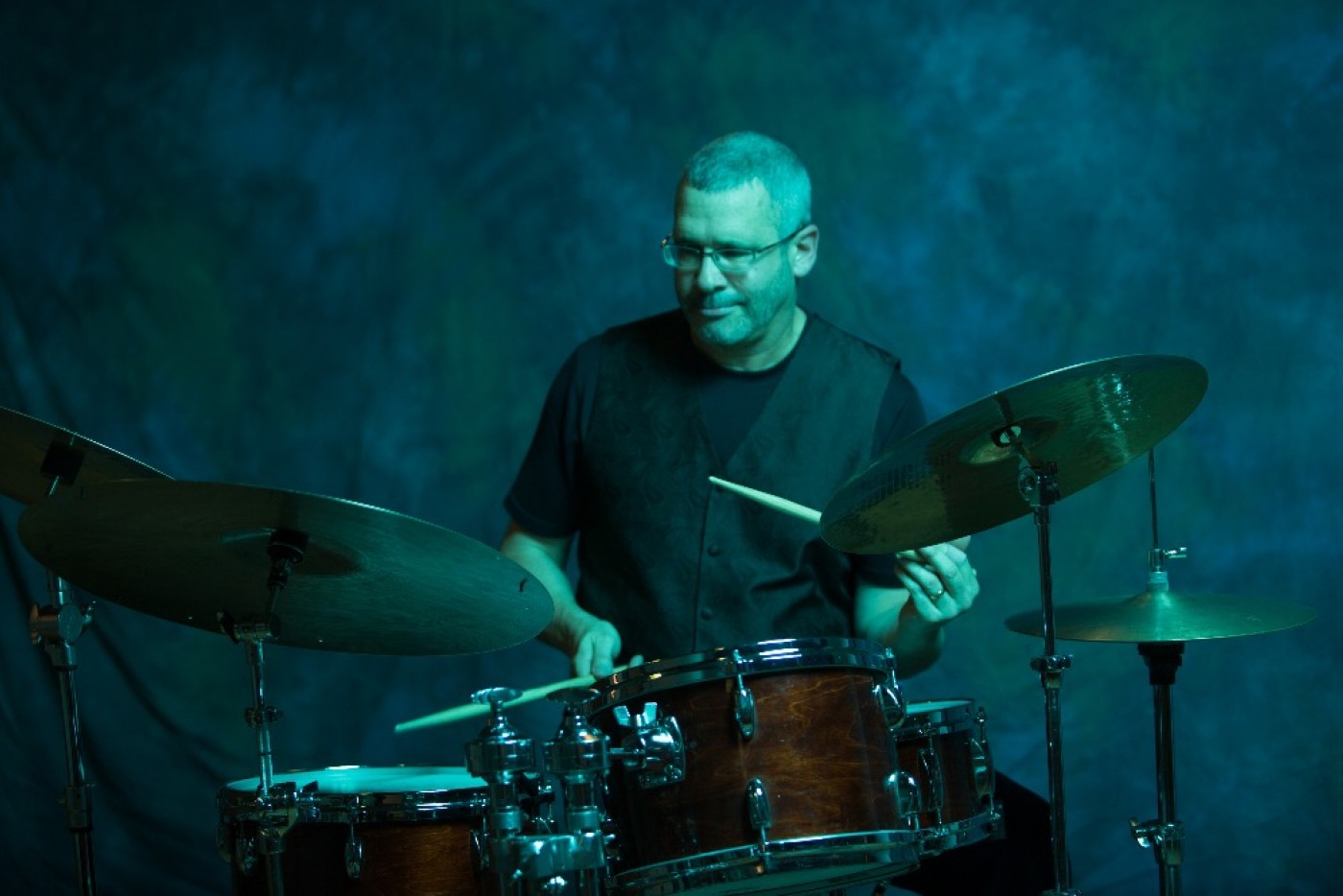 Jazz Artistry Now – Drummer and composer Jeff “Siege” Siegel has had a busy career ever since he became part of the New York jazz scene in 1980. During 1980-83 he was a member of multi-instrumentalist Arthur Rhames’ quartet.

Mr. Siegel worked six years with Second Sight (a group that included trumpeter Dave Douglas) and was a regular member of the Roland Hanna Trio during 1994-99. Along the way he has also worked with a long list of major artists including everyone from Ron Carter and Pat Metheny to Benny Golson, Sheila Jordan, Mose Allison, John Medeski, Kurt Elling, Steve Turre, Ravi Coltrane, Wadada Leo Smith and the Levin Brothers.

He has also toured Europe at least 30 times and has led his own groups since 1990.

The version of the Jeff “Siege” Siegel Quartet that is featured on London Live (with the exception of bassist Uli Langthaler who succeeded Danton Boller) had been featured on two previous recordings: 2004’s Magical Spaces and the following year’s Live In Europe.

London Live was recorded at the Pizza Express Jazz Club on Nov. 3, 2010 during the closing night of the group’s fourth European tour.

The band sounds tight and their familiarity with each other’s playing is obvious.

It is no secret that the music and the sounds of the players are greatly inspired by that of the classic John Coltrane Quartet.

Tenor-saxophonist Erica Lindsay is an intense and explorative player who also captures Coltrane’s lyricism and spiritualism in her improvisations.

Pianist Francesca Tanksley is a master of modal music a la McCoy Tyner and Mr. Langthaler’s occasional bass solos are thoughtful and use space well as did Jimmy Garrison’s.

As for the leader, while he and the other musicians infuse their music with their own personalities, he also shows the influence of Elvin Jones.

From that night in London, the quartet performs six originals (three by the leader, two from Lindsay, and one by Tanksley) plus Coltrane’s “Peace On Earth” and the spiritual “I Want Jesus To Walk With Me.”

The program opens with a drum solo on Ms. Lindsay’s “Meet Me At The Station.” This performances changes tempo several times during the tenor and piano solos and always holds one’s interest.

The emotional “A New Freedom” (which has Ms. Tanksley showing a mastery of Tyner’s style) precedes “Peace On Earth,” a Coltrane piece introduced to Mr. Siegel by Dave Liebman with whom he had worked in 2009.

“I Want Jesus To Walk With Me,” a spiritual that Mr. Siegel had performed with Arthur Rhames (whose arrangement he utilizes) has particularly rewarding tenor and piano solos.

Mr. Siegel’s “Crescent Sound” was inspired by the sound of Elvin Jones’ drums on “Crescent” with Coltrane. The three-minute drum solo is followed by another heated improvisation by Ms. Lindsay and Ms. Tanksley’s surprisingly bluesy piano.

The pianist is in the spotlight during the trio’s rendition of “M Song” (Mr. Siegel’s composed tribute to his wife).

“Art’s Message” is purposely in the style of Art Blakey’s Jazz Messengers and the stormy closer, “First Movement,” which was originally recorded by Ms. Lindsay on her debut album in 1989; closes the consistently powerful outing.

This stimulating and often-stormy set of exciting post-bop jazz does an excellent job of displaying the musical talents of Jeff “Siege” Siegel’s quartet. 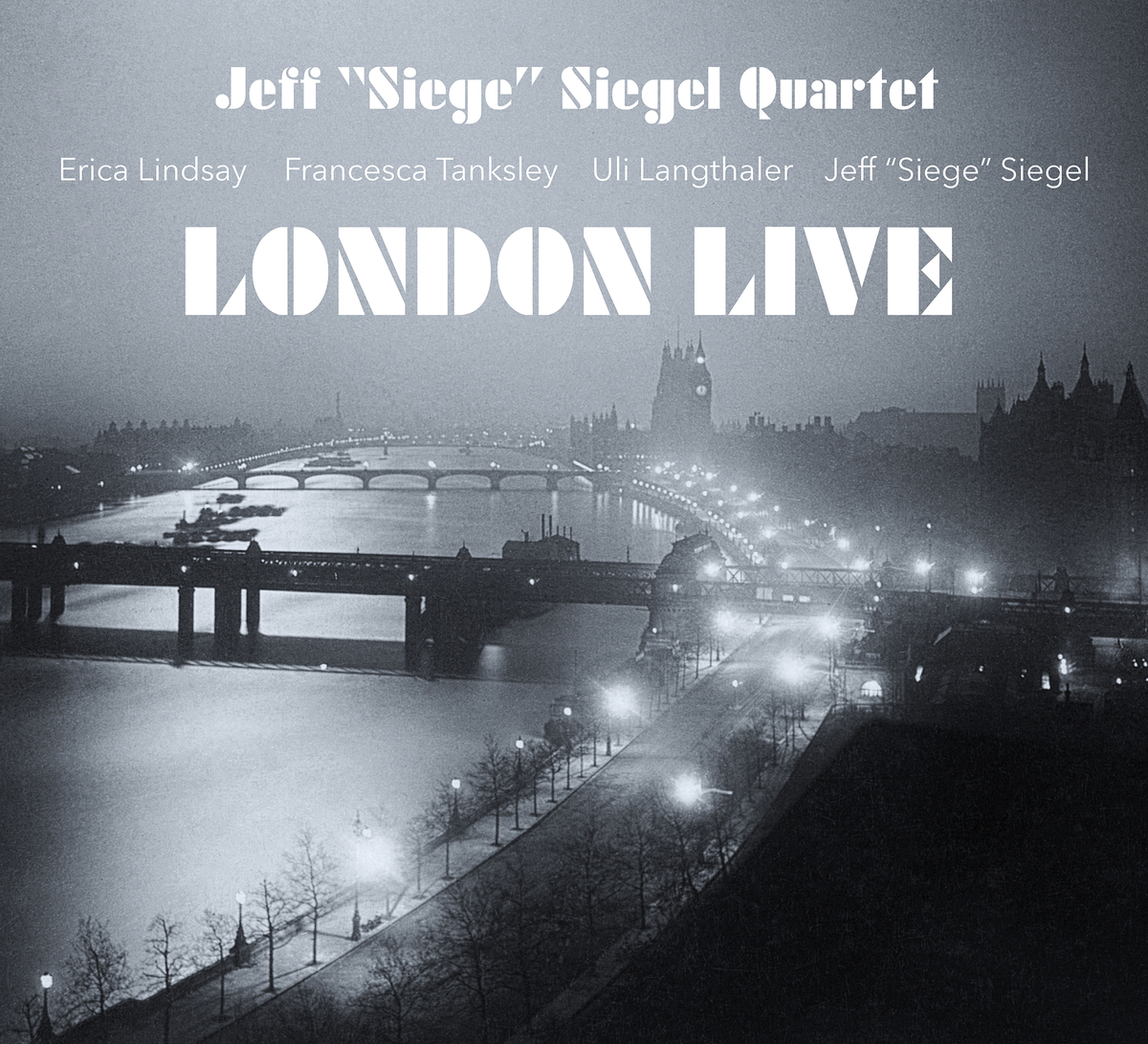 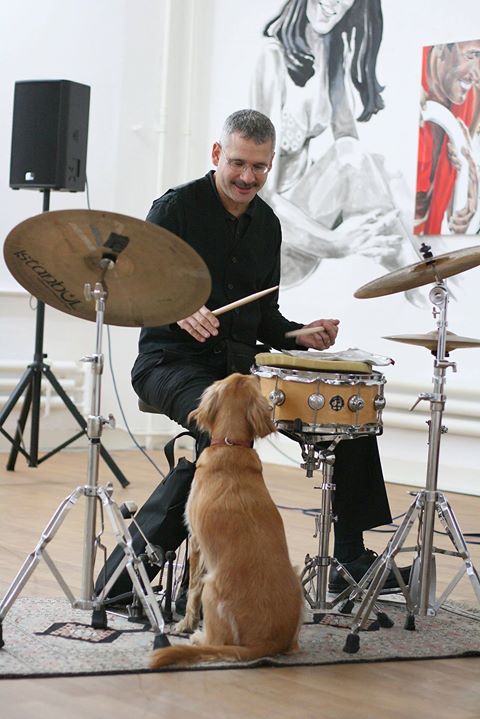 The Jazz Artistry Now review of London Live was written by Scott Yanow.