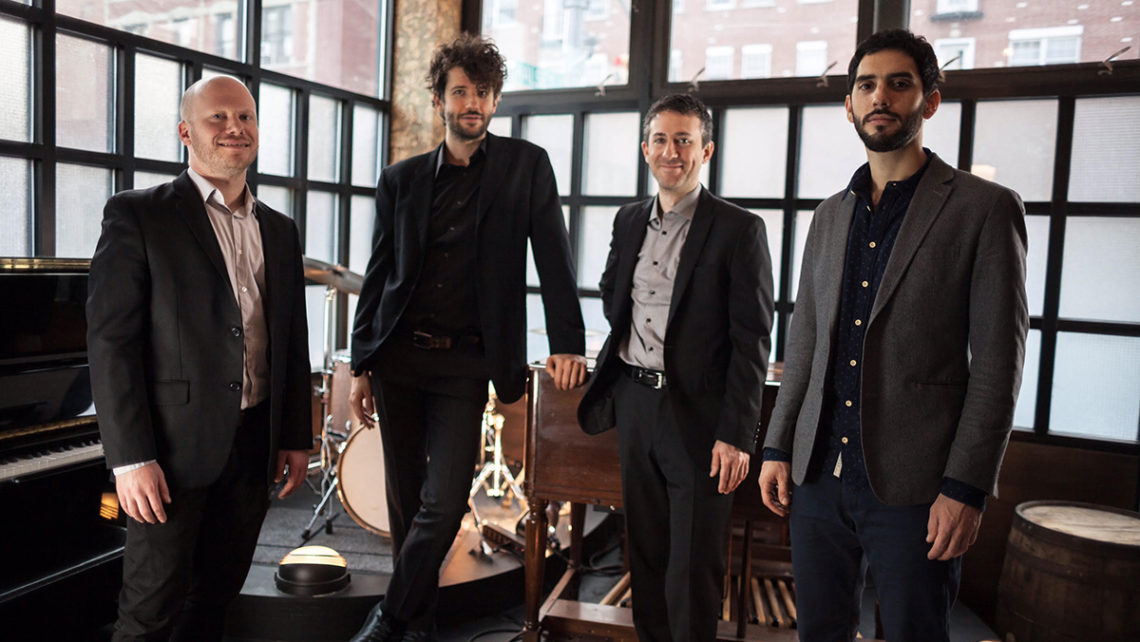 Jazz Artistry Now – In an age where access to all types of media and information is voluminous, it can be easy to overlook something unique or new.

For artists, the dilemma can often be in simply finding something new or personally unique to say while staying grounded in the traditions of the art form being presented.

It seems the members of Common Quartet have found balance within the parameters of this creative paradigm.

They began collaborating and scene building in New York, hosting a weekly jam session. The result of that Monday residency is the sublime musical cohesion and intuitive interaction among band members heard on this recording.

The Hive is an engaging recording of seven original compositions – all four band members contribute as a composer – and two personalized covers of works by masters John Coltrane and Charlie Parker respectively.

Each of the nine selections is its own vignette, able to stand independently as a musical statement. Yet, collectively, the individual pieces of music create a coherent and enjoyable statement as an album too.

The musicianship is superb on all accounts. Each of the artists is active on the national and international music scenes, working with noted names in the industry. The album is an enjoyable instrumental dialog among the artists.

Mr. Trachy has a tenor sound that is both, fluid in technique and tone. His improvisation solos are engaging on the emotional level as well as musically throughout the album.

Mr. Gavrieli provides atmosphere and texture to the ensemble. His pianistic range and chord voicings complement and entrance at once.

I first became aware of Mr. Menares through his performances with tenor saxophonist Melissa Aldana. Possessing a rich tone quality, he also brings an intuitive presence to the music here, anticipating each bandmates’ musical intentions superbly.

Mr. Wyatt is a percussionist of extremely good taste throughout the album. The sound of his drums and their individual tuning, when combined with the cymbals in his kit, provide the exact power and finesse to propel the ensemble.

Check out the first track, Zam.

It is important for context to state that the musical language here is modern and progressive jazz. This is now music. It is grounded in the tradition, but not a caricature or two-dimensional attempt to pay homage.

The reading of Coltrane’s Lazy Bird demonstrates an understanding of sophisticated chord cycles beyond memorized patterns and sequences.

If playing the Blues is a jazz qualifier, the prophetically modern Big Foot by Charlie Parker is an excellent choice for the voice of Common Quartet.

And, the integration of millennial and baby boomer generations, with the addition of guitar maestro Steve Cardenas on two tracks, contributes to the necessary balance and melding of those voices within the jazz continuum Common Quartet firmly joins. Mr. Cardenas is the musical realization of subtle brilliance and his presence gives the entire album a deep groove throughout. Anyone concerned about the state of jazz artistry now should not be.

The Hive by Common Quartet is top shelf and highly recommended.

Purchase a copy and hear samples of the entire album at CD BABY.