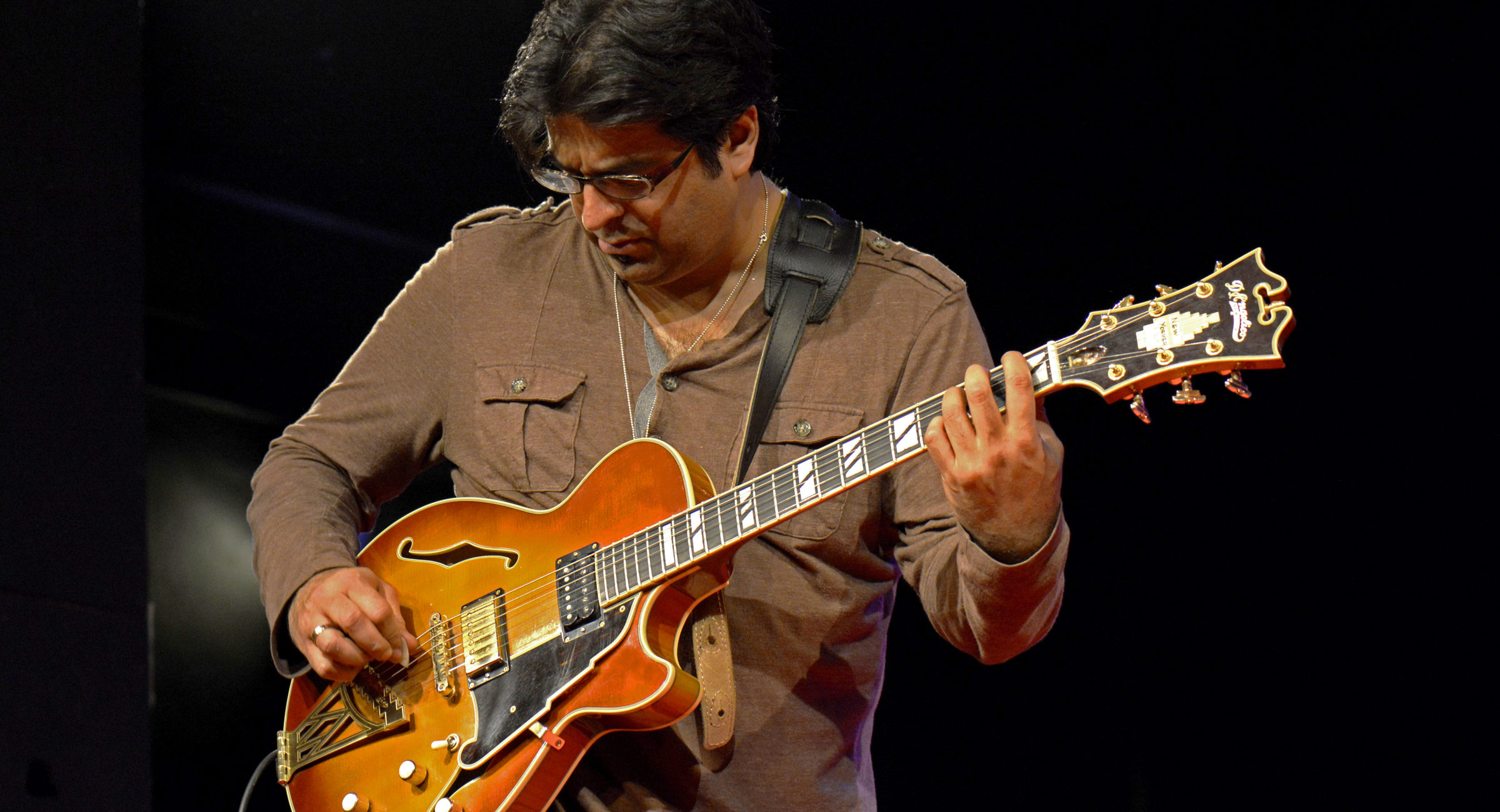 Jazz Artistry Now – Guitarist Rez Abbasi has had an original voice on his instrument since the beginning of his career. Born in Pakistan, he moved with his parents to Los Angeles when he was four.

Mr. Abbasi began on the guitar when he was 11, played with some local rock bands, and at 16 discovered both jazz and classical music. While he learned American styles in his twenties Mr. Abbasi spent two months in India and became interested in the music of both India and Pakistan. His various projects of the past 25 years have used varying degrees of his heritage, ranging from fusion to sets fully immersed in Indian music.

Mr. Abbasi formed his group Invocation in 2008. Unfiltered Universe is their third CD, following Things To Come and Suno Sun. For this project, Mr. Abbasi explores aspects of the music of Southern India (Carnatic) but without utilizing any Indian instruments. The influences of India and Pakistan are subtle, mostly felt in the rhythms and structures along with the background of the musicians.

The music on Unfiltered Universe is a bit difficult to describe as anything except modern jazz or post-bop music. The chord structures are different than in hard bop, the melody lines are complex, and the logic behind the adventurous solos is fresh and new.

The opening selection “Propensity” changes tempos, grooves, and time signatures not only during the melody but in the individual improvisations. Altoist Mahanthappa displays a sound unlike anyone else and there are spots for Mr. Abbasi and Mr. Iyer before the group takes the advanced melody out.

“Unfiltered Universe” starts out as almost a continuation of the first piece although it develops from there. The guitar solo, which is both catchy and adventurous, is a highlight. After “Thoughts,” a concise solo guitar piece that is both passionate and moving, “Thin–King” features some heated guitar-piano tradeoffs by the leader with Iyer along with some speedy interplay.

The most extensive piece, “Turn Of Events,” is quite episodic and unpredictable, with each solo taking the listener to another location or “event.” “Disagree To Agree” is rockish and a bit intense while the ironically-titled “Dance Number,” while infectious in its own way (and even danceable) is far from simplistic. Mr. Abbasi’s fiery guitar is featured throughout much of the piece which also has a quiet section for Mr. Iyer’s piano.

All in all, Unfiltered Universe is a stimulating set of unpredictable modern jazz, and one of Rez Abbasi’s finest recordings to date.

The Jazz Artistry Now review of Unfiltered Universe was written by Scott Yanow.